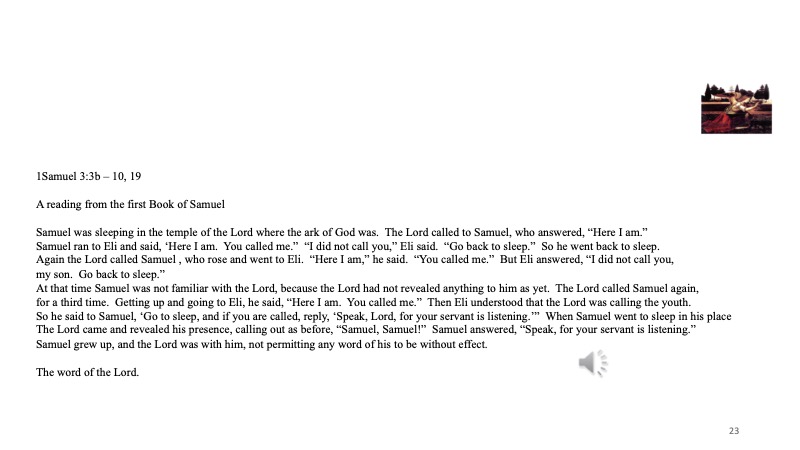 A reading from the first Book of Samuel

Samuel was sleeping in the temple of the Lord where the ark of God was.  The Lord called to Samuel, who answered, “Here I am.”

At that time Samuel was not familiar with the Lord, because the Lord had not revealed anything to him as yet.  The Lord called Samuel again,

for a third time.  Getting up and going to Eli, he said, “Here I am.  You called me.”  Then Eli understood that the Lord was calling the youth.

So he said to Samuel, ‘Go to sleep, and if you are called, reply, ‘Speak, Lord, for your servant is listening.’”  When Samuel went to sleep in his place

The Lord came and revealed his presence, calling out as before, “Samuel, Samuel!”  Samuel answered, “Speak, for your servant is listening.”

Samuel grew up, and the Lord was with him, not permitting any word of his to be without effect.

The word of the Lord.